About Marvel Contest of Champions

Prepare for epic versus-fighting action with your favorite Marvel Super Heroes and Villains in the ultimate cosmic showdown! Recruit the perfect team & embark on an epic Marvel quest to become the Ultimate Marvel Champion!

WELCOME TO THE CONTEST:
Super Heroes and Super Villains collide in epic showdowns. Captain America versus Iron Man! Hulk versus Wolverine! Spider-Man versus Deadpool! Carnage versus Venom – AND SO MUCH MORE! The greatest battles in Marvel history are in your hands!

The greedy Elder of the Universe known as The Collector has summoned you to a brawl of epic proportions against a line-up of vile villains including Thanos, Kang the Conqueror, and many more! Collect and command epic Marvel Super Heroes and Villains to follow the story of The Battlerealm as it unfolds with new twists and turns.

BATTLE IN QUESTS WITH YOUR ALLIANCE:
• Team up with your friends & other Summoners to build the strongest Alliance
• Battle & clobber your way to the top in Alliance Event
• Compete against other Alliances: strategize with your Alliance to help them keep their Champions in the fight
• Alliance Quest Series: specially designed quest maps to earn exclusive Alliance rewards
• Smash the competition! Test your Alliance’s mettle by battling it out with Alliances from around the world in Alliance Wars!

BUILD YOUR ULTIMATE TEAM OF CHAMPIONS:
• Choose Champions such as Iron Man, Venom, Hulk, Wolverine, Storm, Star-Lord, Carnage, Gamora, Spider-Man, Deadpool, Magneto & Winter Soldier
• Collect and assemble a mighty team of heroes and villains from over 200 Marvel Champions
• Brawl against and defeat iconic villains such as Kang, Thanos, and more inside Story Quests
• Level up your Champions, improve your team’s offense and defense, & get battle ready with multiple Mastery trees

COLLECT THE MIGHTIEST SUPER HEROES (AND VILLAINS!):
• Collect, level up, & manage your teams of heroes and villains wisely – receive synergy bonuses based on team affiliation & relationships taken from the pages of Marvel Comics
• Pair Black Panther & Storm or Cyclops & Wolverine for bonuses, or make a team of Guardians of the Galaxy for a team affiliation bonus
• Level up: the more powerful the Champion, the better their stats, abilities, & special moves will be
• New Champions are being added all the time!

TERMS OF SERVICE:
Please read this Terms of Service Agreement and our Privacy Notice before using our services as they govern the relationship between you and Kabam.

www.kabam.com/terms-of-service/
www.kabam.com/privacy-notice/
X-Men: Future Shock
Tension is deepening between Clan Akkaba and the nation of Krakoa. The Summoner is tasked with finding out who is behind the misfortunate quarrel between the two. Could it be Xavier, Apocalypse, or something else?

Marauder Mysteries
Complete special Solo Objectives for Kitty Pryde to earn rewards and join forces with the Marauders to solve a mystery in The Contest.

Generating Money on the game is really easy to do with our Marvel Contest of Champions Mod Apk. After installing the app on your device, open it, and select the number of gems you want to get on your account. The entire process takes 1-2 minutes. So, you will be able to enjoy the game with full gems really fast.

Marvel Contest of Champions hack is not detectable by the game. So, you don’t have to worry about getting banned. Just don’t abuse it. Use it a maximum of 3 times/day. That way you will keep your account 100% safe. So, get unlimited money on your game account right now.

How to download Marvel Contest of Champions MOD APK on Android 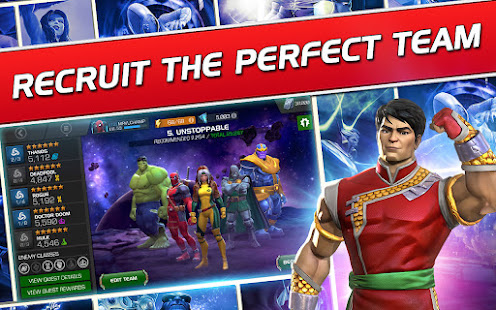 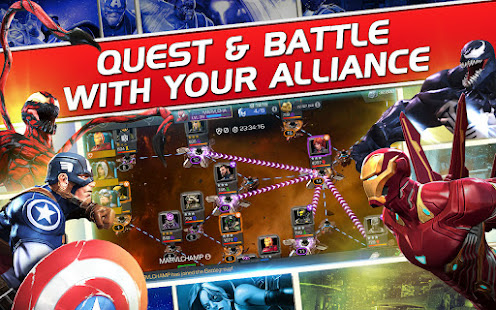 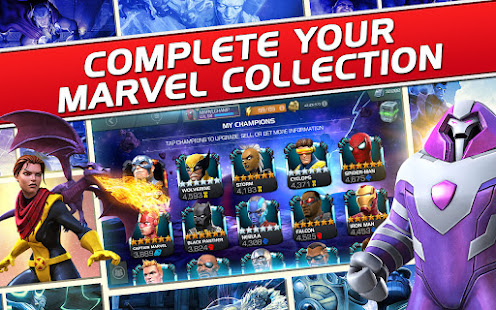 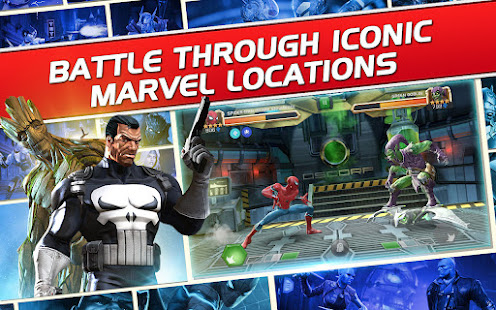