MapleStory M, the highly anticipated follow-up to MapleStory, is here and the hype is real! MapleStory M brings the nostalgic world of MapleStory to your mobile device. Enjoy a MMORPG experience whenever and wherever you want, right in the palm of your hand.

Compete with friends to level up and become the first to achieve the 4th job, just like the good old days! Go on multiplayer raids – recruit the best players for your guild and defeat epic bosses together!

[New Update]
An agent of a hidden thieves guild operating from the Secret Garden, the Dual Blade is coming to Maple M World.
Check out the Dual Blade, who wields two blades for stormy attacks, through his various growth events!

Improvements made to Star Force enhancement: related UI, acquired stats, and more.
Efficient improvements are on the way for high-level Maplers!
Special events and Hot Time events are also ready with these improvements, so come on over!

To top it off, come visit Monster Park and experience our Autumn Festival events!

An open world, anime MMO adventure awaits on your phone in MapleStory M!

Anime MMORPG
▶ The fantasy game experience of MapleStory is now on your mobile device!
▶ Open world MMORPG with live game events.
▶ Anime styled characters and action.
▶ Knight, mage, or whoever you want to be – celebrate your individuality with an endless variety of cosmetic decorations!

■ Support & Community
Are you having problems? Contact our 1:1 Support in-game or send us an inquiry at
help_MapleStoryM@nexon.com

[For the best gaming experience, MapleStory M requires OS 4.4, CPU dual-core and RAM 1.5GB or higher. Some devices under the specification may have difficulties running the game.]

■ App Permissions Information
In order to provide the following services, we are requesting certain permissions.

[Optional Permission]
Phone: Allow your phone number to be collected for promotional text messages
※ This authorization only applies to certain countries, so numbers may not be collected from all players.

[How to withdraw access rights]
▶ Android 6.0 or higher: Settings > Applications > Select App > Permissions
▶ Under Android 6.0: Update OS version to retract permissions; Uninstall app
※ If the app does not ask you to grant your permission, manage your permissions by following by the above steps.
[New Character: Dual Blade]
[Star Force Enhancement Improvements]
[Monster Park and Autumn Festival Events!]

Generating Money on the game is really easy to do with our MapleStory M – Open World MMORPG Mod Apk. After installing the app on your device, open it, and select the number of gems you want to get on your account. The entire process takes 1-2 minutes. So, you will be able to enjoy the game with full gems really fast.

MapleStory M – Open World MMORPG hack is not detectable by the game. So, you don’t have to worry about getting banned. Just don’t abuse it. Use it a maximum of 3 times/day. That way you will keep your account 100% safe. So, get unlimited money on your game account right now. 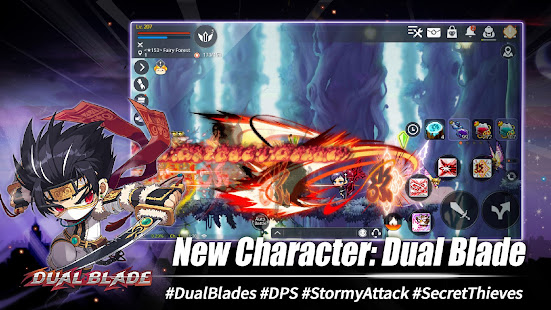 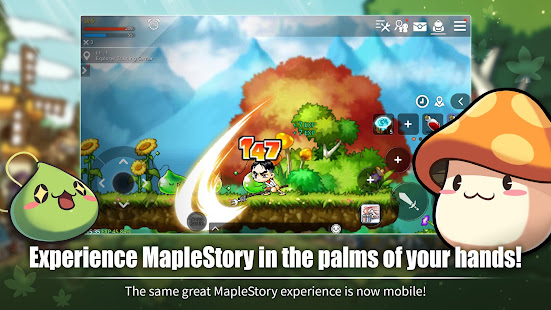 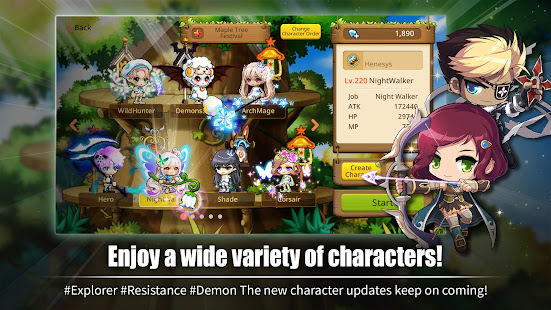 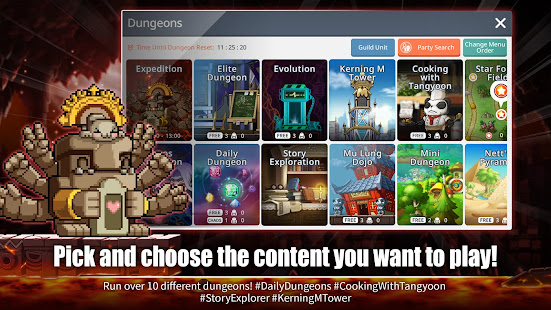