You’ve helped countless mutant creatures evolve in water, land and space. Now, it’s time to go GALACTIC and use the power of the monster maker 2.9!

This is Evolution like you’ve never seen before in a space game simulator!

From the beginning, sent your creativity to space in this engrossing clicker game and become the greatest mutant maker.

Have fun in this charming space game simulator and discover all the mysteries of galaxy. And when you find planets inhabited by different mutant creatures, use the technology known throughout the space as monster maker 2.9 to combine them to achieve their ultimate forms in a new kind of Evolution simulator game!

Enjoy the geniality of an evolution simulator and the easiness of a clicker gamer and merge many different animal species in an ever-expanding universe!

And after tamperi…er…helping with the progression of so many worlds in this space game, you, as a mutant maker master in the use of the monster maker 2.9, will finally find out the answer of a very old question: what’s beyond the galaxies in the universe? We honestly have no clue, but there will be a clicker game for that too!

🌌Different planets in a vast space game simulator: use the monster maker 2.9 technology to combine mutant creatures in fox, rabbit and sloth-themed worlds, with even more coming to inhabit this fun space game!

🌌Meet the gods in space: in this r-Evolucion-ary click gamer, beings of galactic awesomeness are waiting to be discovered by a creative mutant maker like yourself!

🌌Impostors: watch out for impostors trying to steal the spotlight from the creatures!

🌌Drag and drop similar creatures to create new mysterious mutants and be recognized as the ultimate mutant maker in this space game.

🌌Use creature eggs to earn coins, buy new creatures and make even more money to explore the space and unleash all the power of the monster maker 2.9 technology

🌌Alternatively, fiercely tap a creature to make coins pop from their eggs. It’s the fun of a clicker game within an involving space game!

🌌An space game simulator with a mind-blowing story and fantastical twists!

🌌Doodle-like illustrations that make this evolution simulator even more immersive

🌌No creatures combined with the power from the monster maker 2.9 were harmed in the making of this game, only developers

Did you say helping the galaxy evolve is a cheesy dream?

Well that’s a very MILKY WAY to look at things, young one!

Use the monster maker 2.9 technology and expand the number of creatures living in this constantly evolving space game!
Bug Fixes & Improvements

Generating Money on the game is really easy to do with our Evolution Galaxy Merge Animals Mod Apk. After installing the app on your device, open it, and select the number of gems you want to get on your account. The entire process takes 1-2 minutes. So, you will be able to enjoy the game with full gems really fast.

Evolution Galaxy Merge Animals hack is not detectable by the game. So, you don’t have to worry about getting banned. Just don’t abuse it. Use it a maximum of 3 times/day. That way you will keep your account 100% safe. So, get unlimited money on your game account right now. 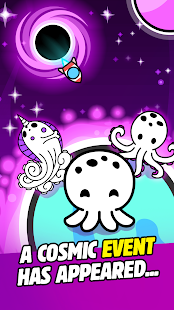 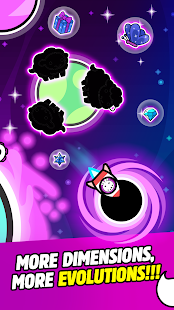 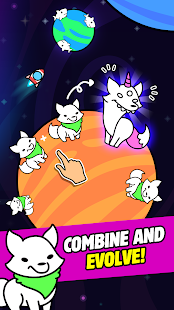 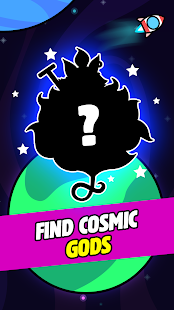